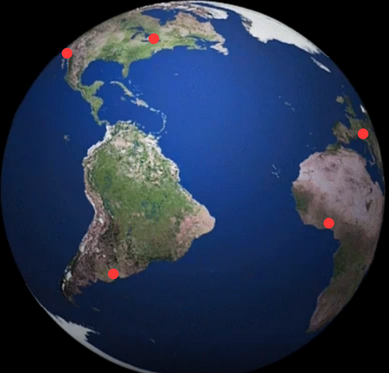 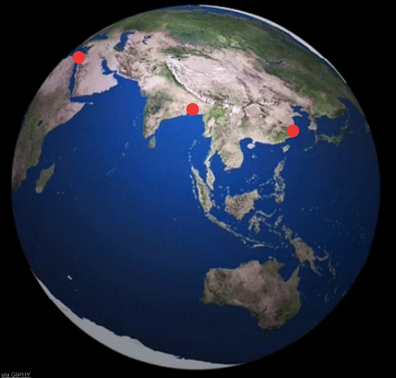 Property owners  now have access to a software package that  offers  indestructible,  secure, tamper-proof and  verifiable data about their real-estate. Digital records that can be used by an expert-witness before a judge to determine ownership, authenticity, value for insurance, or appraisal. These files contain digitized versions of the land title and transfer documents, existing surveys, and new surveys using advanced geomatics, photographs, 360-degree super high definition interior room scans, using technology that can also be used to create Virtual Reality tours by real-estate sales personnel or security advisors , and 3D printed scale models of the property.

The block of information is secured on the smartpropertyblockchain main-net blockchain which would run over a larger blockchain. Currently development uses  Microsoft Azure.

Smartpropertyblockchain will have nodes in major cities strategically spotted around the globe.  The  sites will be set up in Tel Aviv, Buenos Aires, Shanghai, Abuja, Kolkata, Baden-Baden, Toronto, and San Diego.

​​​​​​​​​​Time-stamped and encrypted data will be stored in a high security, self-reliant solar powered data-centre that has an air-gap to the outside world. Permissioned Action Links PAL will authorize every interaction with the system. Every action will leave an immutable record on two public blockchains making hacking attempts visible and traceable. Data will never be lost or destroyed, but data will be able to be expunged as ‘Right to be forgotten’ legislation is possible in the future. The database will use a flat file system to isolate each user and their data from SQL searches.

The proposed price would be about $1.00 per square foot of building space, and 10 cents per square foot of land. New accurate digital measurements might find appraiser and sales agent's errors. The Supreme Court of Canada has ruled that shortages of square feet must be compensated. Court settlements of $80,000  to $115,000 would most likely be commonplace among clients  in Toronto and Vancouver.

Buyers will be protected from the accidental or intentional destruction of public records at the land registries, or even by EMP grid-outages. Their data is safe in one or more of the eight museums.  Available first as an Android mobile and desktop cloud based application. Buyers will get an encrypted hard copy thumb-drive for their safe, and guaranteed updates as technology progresses and formats change over time.

There are no plans to move into real-estate sales or to transfer of ownership; simply enhanced appraisals stored on a public blockchain. There are plans to have a weekly automated appraisal feature that would once per week calculate the property's  appraisal value.

System architect is Jeremiah Coffey. The project gathers sales data from the newly deregulated MLS sales reports using open source PHP cURL and R. Before the recent   Ontario court decision we would have had to pay fees to join many regional Real Estate Boards to get access to the sales prices from MLS multiple listing service data, now the data is available for free.

Smartpropertyblockchain.ca Incorporated is a federally registered Canadian corporation. Listing on the Canadian Security Exchange  is being considered.